Durante Corpore: body, duration and eternity in the Fifth Part of Spinoza’s Ethics 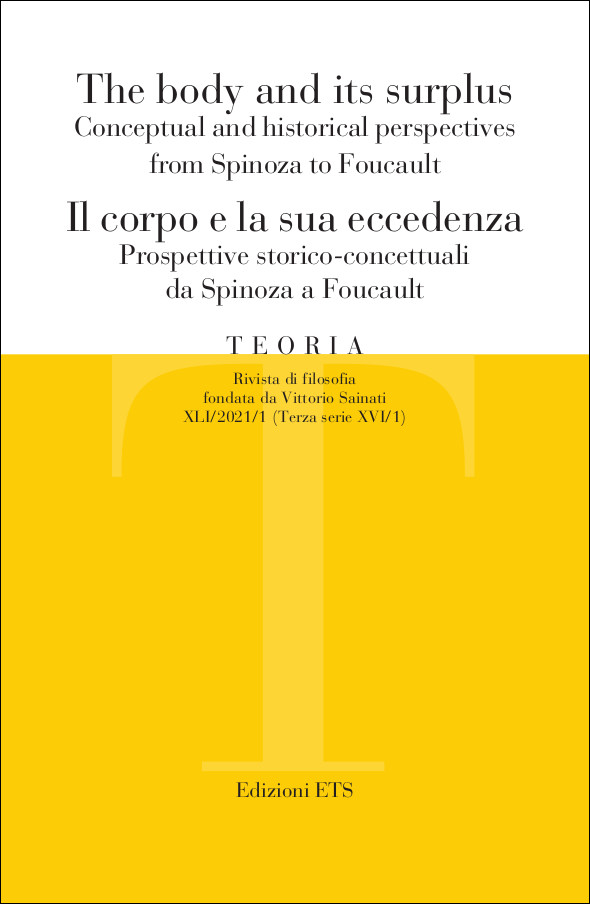 Near the end of his Ethics, Spinoza declares he wants to deal with «the mind, without relation to the body». Nevertheless, the perspective of the body is not completely absent from the process of ethical liberation described in the Propositions 21 to 40 of the Fifth Part. In general, the body is mostly seen here as a negative condition, linked to imagination and passions, and opposed to the eternity of the Mind, that would disclose itself only when the body stops enduring. This admits two noteworthy exceptions. First, following Spinoza’s own definition of the Mind as idea of the Body, if the Mind is eternal there must be a sense in which the Body is eternal, too (that is, when the body is considered as an essence). On the other hand, the second has to do with duration. By an analysis of the Latin expression durante Corpore, I have tried to support the argument that the duration of the body should not be confused with its lasting in time and that it can throw light on some other aspects of Spinoza’s conception of eternity of the mind.
Requires Subscription or Fee PDF (Italiano) (EUR 6)