Vol. 40 No. 2 (2020): Philosophy of Translation. An Interdisciplinary Approach
Articles 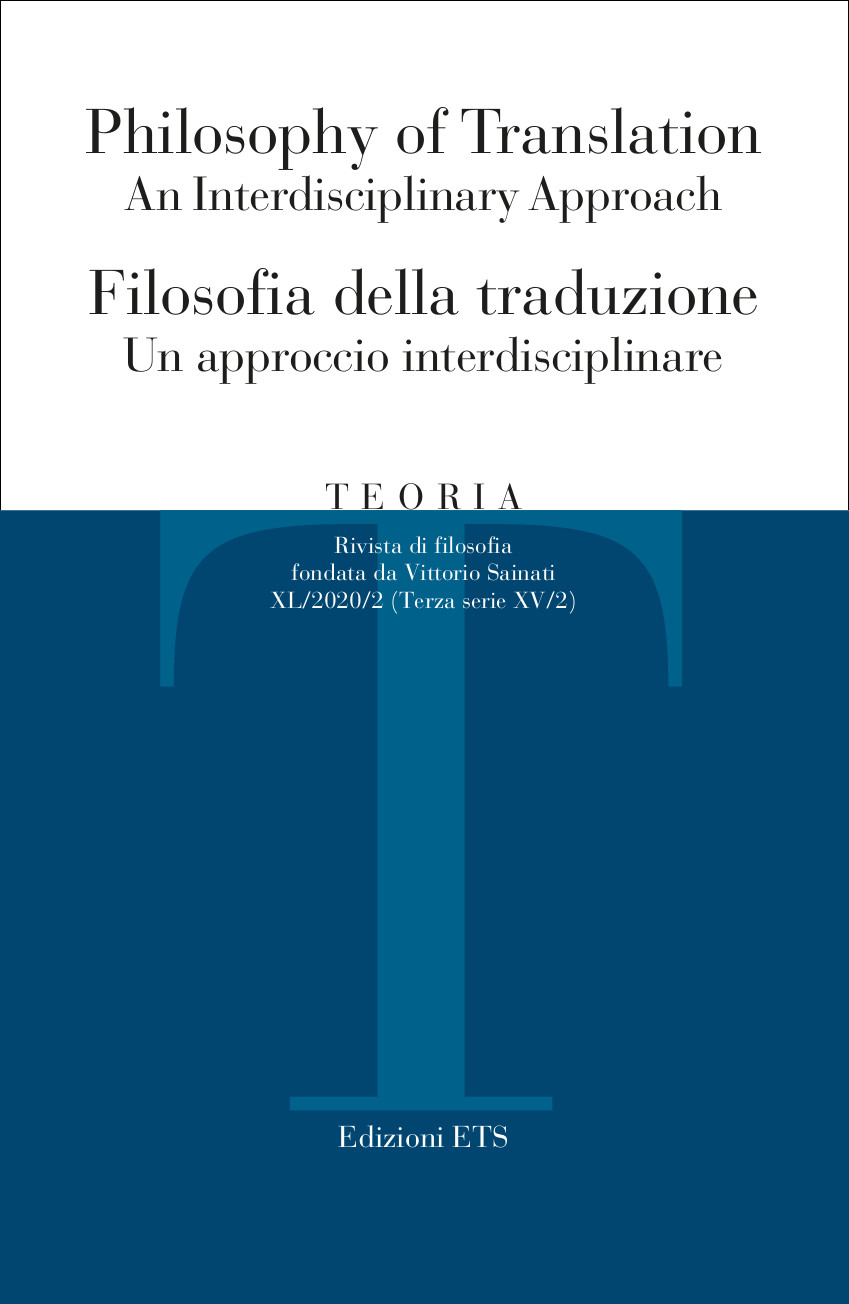 A critical reflection about the relevance of translation and its many variations seems to be a priority in contemporary philosophic research. In addition, the development of thought has always gone hand in hand with a reflection on the possibility of translating it: into different languages, into different forms of expression, into different cultural forms. However, nowadays no philosophical reflection can do without an interdisciplinary approach and deal, first and foremost, with the consequences of globalisation and the spread of new technology. This instalment of «Teoria» features the talks held at Homo translator. Traditions in translation, a meeting organised by Seung Chul Kim as part of the Nanzan Institute for Religion and Culture which he is the director of (Nanzan University, Nagoya, Japan, 4-5 July 2019) and which is mainly focussed on the problematic East-West relations. This instalment is completed by a few papers, selected through an international call for papers, which broaden the horizon of the survey to the spheres of literature, technology, psychoanalysis and politics. Finally, the essays by the three young winners of the award named after the late Vittorio Sainati, professor of Theoretical Philosophy at the University of Pisa and founder of «Teoria», have been included as well.
PDF