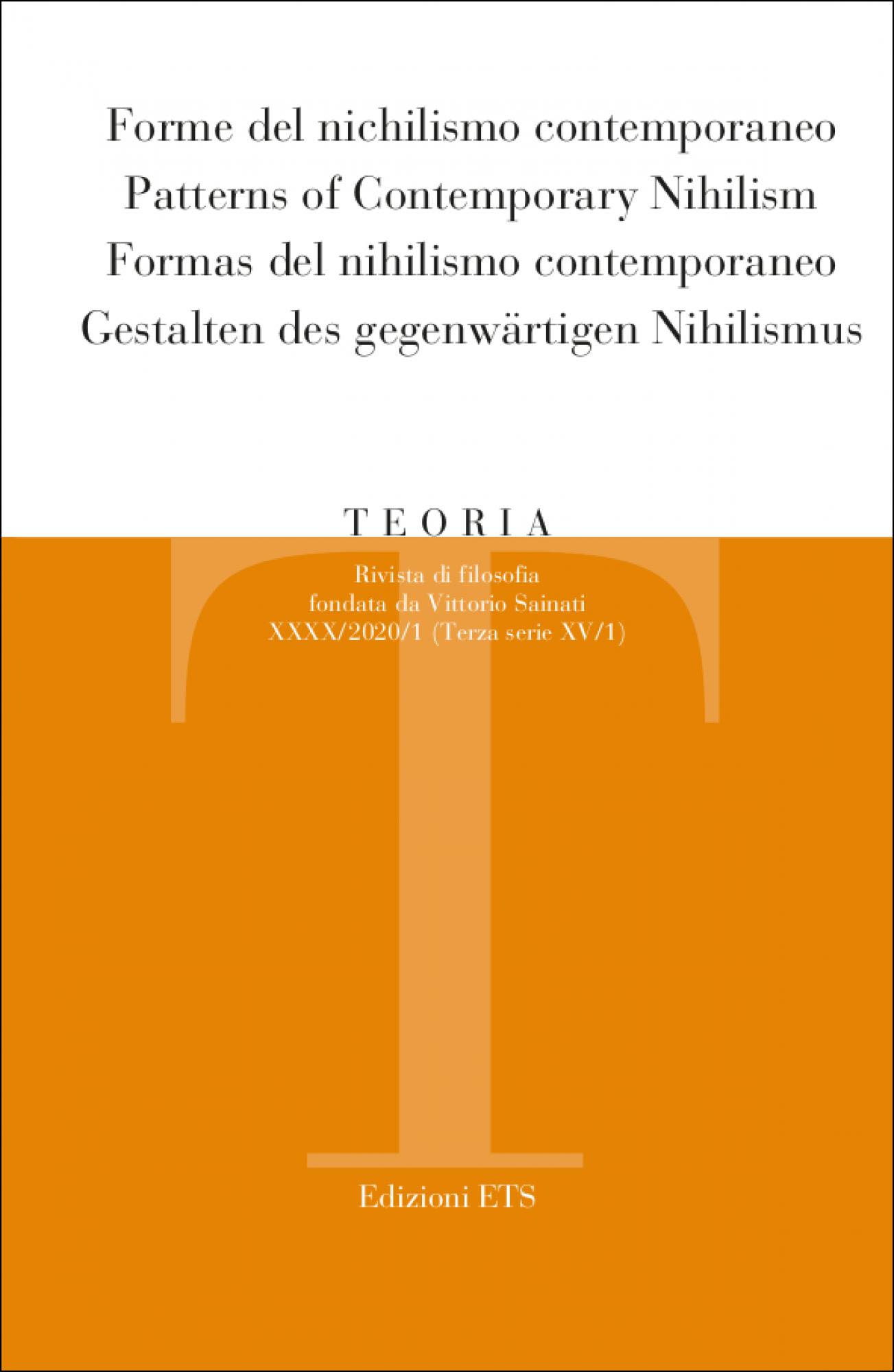 Patterns of Contemporary Nihilism is the topic of the first meeting of the International Centre of Studies on Contemporary Nihilism (CeNic), held in Pisa from 4 th to 6 th November 2019. It was attended by lots of international scholars from CeNic as well as quite a few researchers from the University of Pisa. The profiles of those who attended CeNic can be found at www.nihi- lismocontemporaneo.org, along with a description of what the Centre does. Promoted by Alfredo Rocha de la Torre (Universidad Pedagógica y Tecnológica de Colombia) and Adriano Fabris (University of Pisa, Italy), CeNiC acts as a place for the study and coordination of global initiatives about one of the main topics of contemporary philosophy: the problem of nihi- lism. Throughout its history, philosophy has inherently been confronted with such issue. However, since the eighteenth century, dealing with such issue has become a matter of urgency: a matter that philosophy must take on board. The authors of this instalment of «Teoria» did not shy away from the chal- lenge. Their analyses focus on specific moments in the history of nihilism (as they discuss such authors as Jacobi and Nietzsche, Heidegger and Levinas), make comparisons between Western and Eastern philosophy, work out re- flections on the nihilistic consequences of technological advancement. The result is a broad overview of such phenomenon, its birth, the ways in which philosophy can provide an antidote to this virus that still infects the lives and thoughts of humans.
PDF