Toward a Relational Aesthetics as Dietetics of Care: On Eating Meat 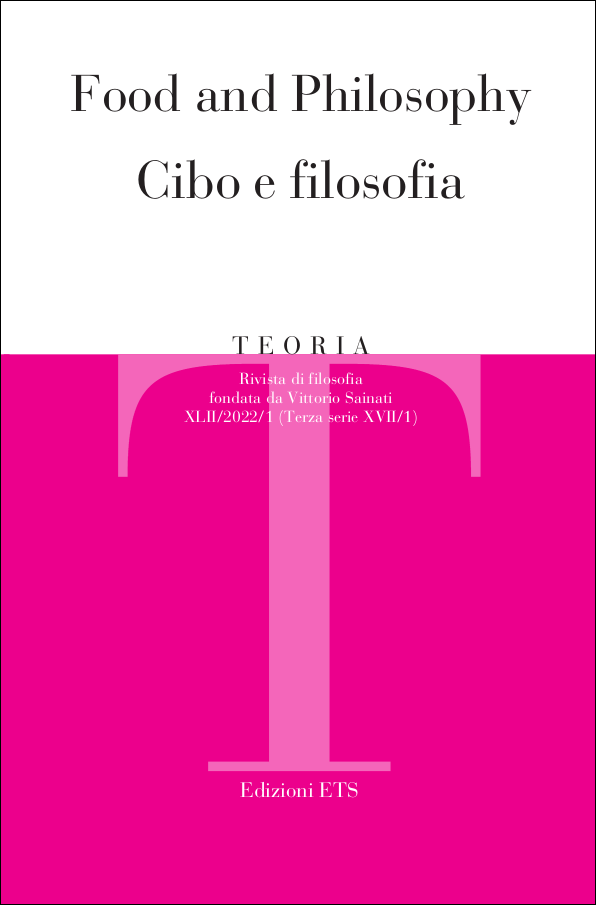 Food ethics is the oldest philosophical practice on food: it is a matter of establishing what is right or wrong to eat, orienting a consistent way of life (precisely a diaita, in the Hippocratic sense). Do the “right” and “wrong” in food necessarily correspond to certain contents or, rather, can they be configured as dis-positions that emerge according to the ways in which the food is offered
and consumed? I will propose to question food ethics modeled on the ontology that classifies what is eaten, regardless of the modality in which it is eaten; instead, I suggest a relational and modal approach in which also aesthetics as philosophy of perception comes into play. Notably, I suggest following a dietetics of caring based upon sensitivity and care towards what you eat and towards
the ecologies in which you experience food. Through the proposal of a dietetics of care as a reasoned choice within a specific ecology of experience, I would like to suggest an alternative way to that of dietary polarization. The case I analyze is vegetarian thought, firstly considering the position offered by Jacques Derrida, then focusing on an aesthetical-ethical relational model that, rather than taking a position in advance, is disposed to the situation and acts according to a perspective that is irreducible to predetermined formal principles.

You may also start an advanced similarity search for this article.